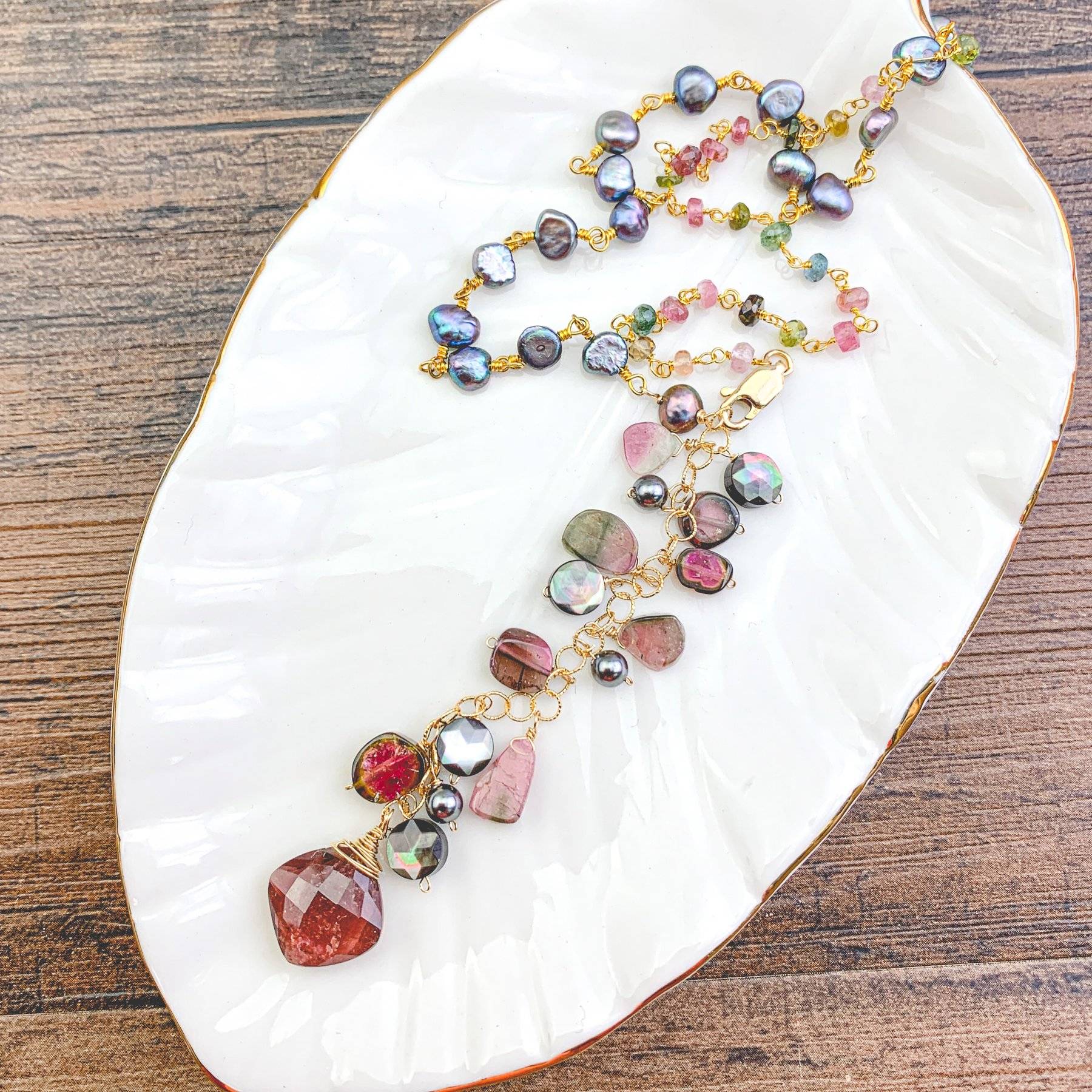 For gems, that means we’re taking a peek at October’s two birthstones, Tourmaline and Opal.

Like the autumn leaves, both gems are all about color. Tourmaline comes in a rainbow of shades, from pink to green to black, while Opals contain rainbows within them as they shimmer in the light. 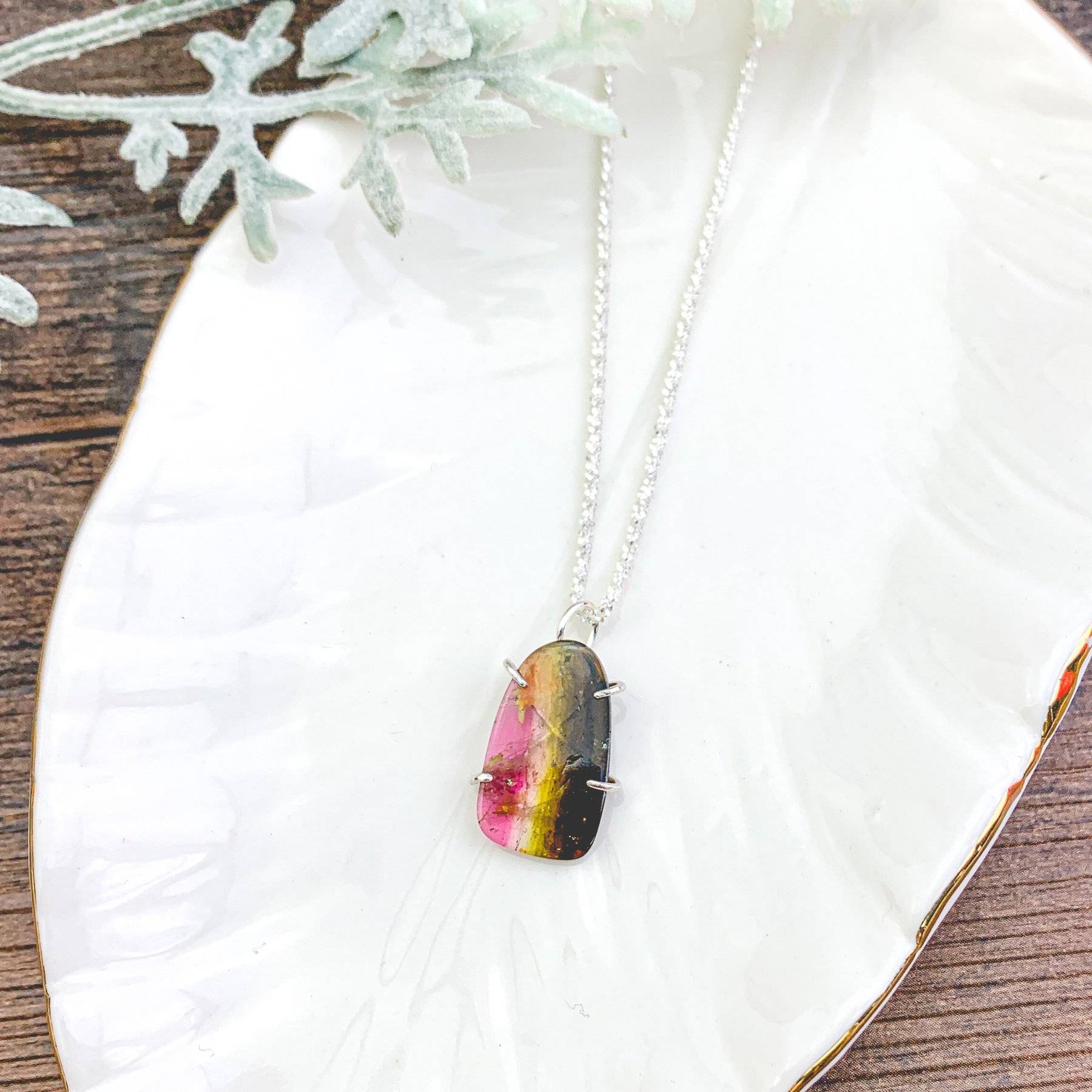 Tourmaline, in addition to having a broader range of colors than any other mineral, is known for its strength and hardness. Energetically, it creates balance, such as between our inner feminine and masculine qualities or balancing the chakras. Tourmalines are useful in grounding yourself. The mineral’s physical strength translates into its metaphysical ability to shield its wearer from negative energy and thoughts.

Unlike Tourmaline, Opal is known for being a softer stone. Opal can be porous, and its structure can contain water. (Pro tip: Protect your Ethiopian Opals from long exposure to water. It can change their color.)

Opals have an interesting history. The Romans believed an Opal gave its bearer a prophetic gift, while legends from the Middle East say the stone fell to Earth in streaks of lightning. Despite its millennia of popularity, in 1829, Scottish novelist Sir Walter Scott temporarily changed the perception of Opals when an evil character in one of his books was turned to ash after a drop of water fell on her Opal. Because of this, the market for Opals disappeared for decades. Fortunately, Queen Victoria restored the gem’s reputation when she gifted each of her daughters with Opals. Lucky princesses! 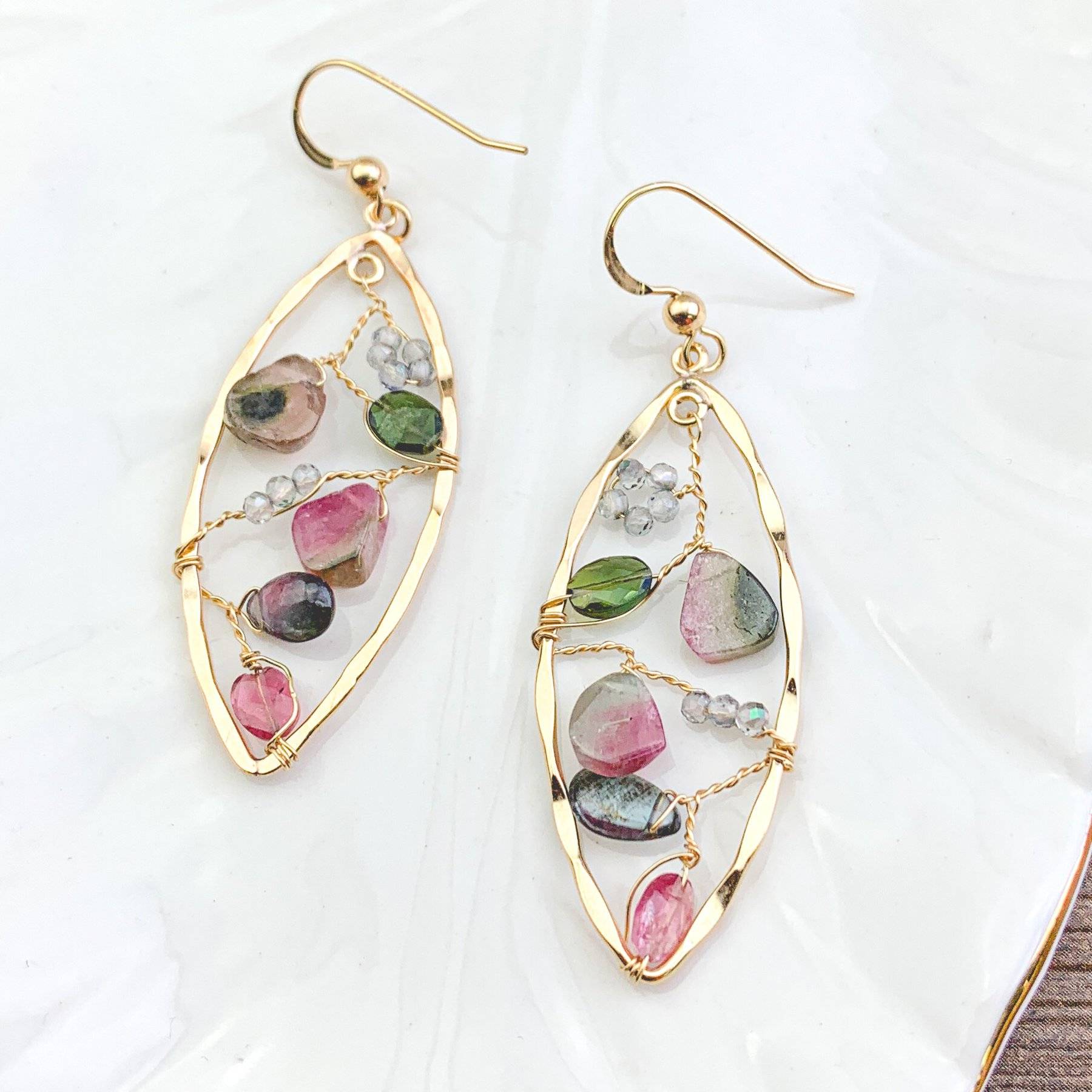 Opals symbolize truth, purity, and hope. Just as they sparkle with light and color, the gemstone is known for bringing lightness to those who wear it. It stimulates creativity and artistic originality. When you wear an Opal, think positively because the stone is known for magnifying a wearer’s characteristics. The vibe that you put out is what you’ll get back. Karma, baby!

Pro gift-giving tip: Not only is Opal one of October’s birthstones, it’s also the gem for the 14th wedding anniversary!

At Anna Balkan Jewelry, we’re wishing you a month that resonates like Opal and Tourmaline… let the good vibes in like Opal’s porous nature, while living strong and brave with the strength of Tourmaline’s protective shields.